The Cello and Piano Sonata with which we were then regaled was the No.1 in F Major, Op.5 No.1. Dutch cellist Willemijn Knödler and Austrian pianist Bernadette Bartos made an exciting duo, impressing us with their energy and contagious enjoyment. Bernadette’s insight into the complex world in which Beethoven operates was remarkably defined and exposed. 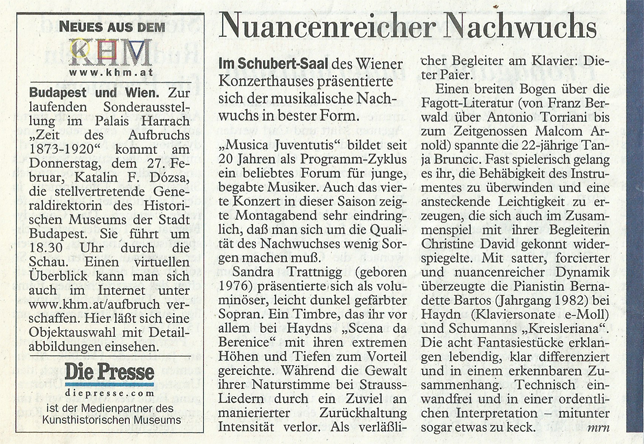